“Power dies, power goes under and gutters out, ungraspable.  It is momentary, quick of flight and liable to deceive.  As soon as you rely on the possession it is gone.  Forget that it ever existed, and it returns.  I never made the mistake of thinking I owned my own strength, that was my secret.  And so I was never alone in my failures.  I was never to blame entirely when all was lost, when my desperate cures had no effect on the suffering of those I loved.  For who can blame a man waiting, the doors open, food offered, arms stretched wide?  Who can blame him if the visitor does not arrive?”

–from “Tracks” by Louise Erdrich

Tessie Comeslast, friend to many in the homeless community; died on August 14th, 1999.  She was Flathead, from St Ignatius, Montana, and was a powerful, compassionate woman.  She is survived by two of her three sons and at least one grandchild.

Tessie died of complications of pneumonia, at a friend’s house.  She had a prescience of her own death:  earlier in the year she’d seen the owl, and gave some of her hair to her friend Kim, telling her to burn it in the traditional way.  A memorial service to “raise up her name” was held at Angeline’s Day Center.

Tessie almost never stayed in shelters; she camped out.  It seemed she knew everybody on the streets, calling them “uncle, sister.”  It was impossible not to love Tessie or be moved by her concern for other people despite the tribulations of her own life.

“I would like us to recognize that she had an extremely difficult life, and that no matter what, she always had hope that things would be better, would go well in the world,” said Judy Su, a Noel House staffperson.   “Tessie had the spirit of hoping, and continued to say that life was good.”

She used to drink, and like many drinkers I’ve known had a profound understanding of pain.  We used to talk about that, sometimes.  Once when I was going through a hard time, we talked about illness.  She seemed tired, and told me she’d just been diagnosed with the same form of cancer as a friend of mine who was dying.  Tessie matter-of-factly told me she’d decided not to seek treatment, that she didn’t have faith in the curative power of Western medicine.  We cried for each other, sitting together at the dinnertable, as chaos swirled around us.  Tessie was poetry in that moment.

She wasn’t ever involved with homeless organizing efforts, and used to joke with me about how I’d have a heart attack if she ever showed up at a meeting.  I think we both knew she wouldn’t ever come but that it would be an incredible celebration when she arrived.

Tessie seemed to know better than most of us the fleeting nature of power and the inevitability of pain and suffering.  Her strength and grace lay in her faith that things will go well in the world, and in knowing we don’t own our own power but have to do the best we can when it arrives.

She’s buried in St Ignatius, and her headstone, pictured below, shows the Seattle skyline.  Tessie always had her feet in two worlds. 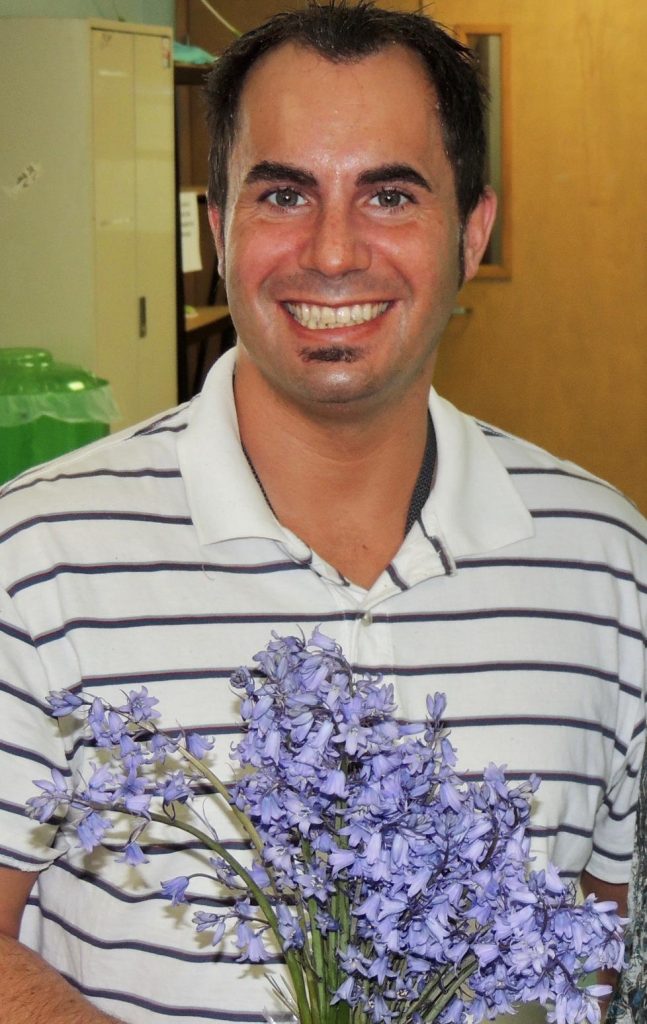