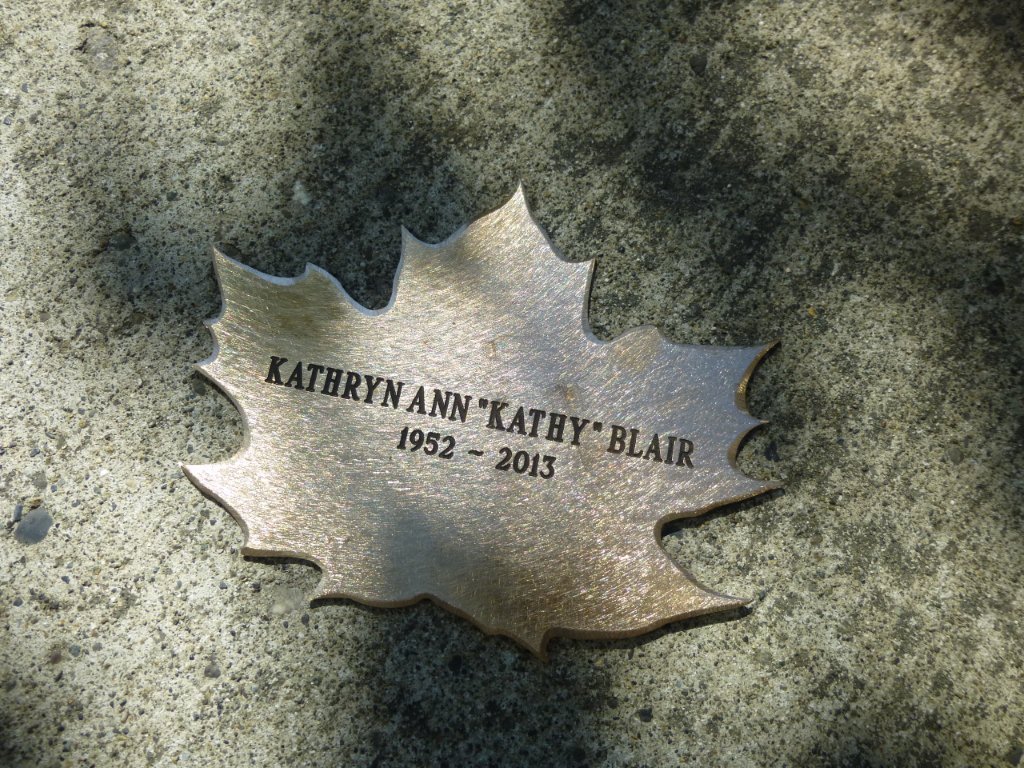 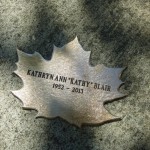 Kathy Blair, a creative only child, spent most of her life in Akron, Ohio, living with her mother.  While I do not have the skill to tell Kathy’s story as well as she could have, I want you to know that  Kathryn Ann Blair had a beautiful face, thick, wavy hair, big brown eyes, lots of personality, many  talents, and people who loved her.

Kathy was a talented writer and spent hours working on stories and making whimsical drawings of the characters.  She loved books and enjoyed spending time in libraries and bookstores.  Kathy adored cats, keeping three or more at any one time.  At age 10, Kathy was chosen for the role of Helen Keller at Akron’s Weathervane Playhouse.  She loved that role and lived to perform in local theatres.  After high school, Kathy attended Akron University and Kent State University, and earned a bachelor’s degree in art history.

Kathy was my closest childhood friend—we walked to school together and spent hours talking on the phone.  However, it was not until 2001 that she told me her father had sexually abused her throughout her childhood.

Kathy began drinking heavily while still in high school and became dependent on alcohol well before reaching age 30.  Kathy was still a young woman when she began showing signs of mental illness and was eventually diagnosed as having schizophrenia and bipolar disorder.  These illnesses plagued Kathy for the rest of her life.

Kathy had no children.  She lived with her mother, Jean Blair, until Jean died several years ago.  After Jean’s death, Kathy continued living in the mobile home they had purchased in 1970.  She found living on her own to be difficult and lonely.  In 2010, Kathy decided to act on her dream of living on the West Coast.  She said goodbye to her friends and cats and traveled to San Francisco, where she briefly lived in her own apartment.  Feeling dissatisfied, Kathy moved to Seattle in 2011, hoping to find happiness and artistic friends.  Instead, she found herself alone and homeless.

On January 14, I sent Kathy a final (unanswered) text, “I hope you are warm and safe. Love, Deb.” My parents, Chet and Alice Fields, my husband, Ken, our daughter, Rebecca, and I, thank each of you for bringing our friend in from the cold and remembering her in this special way.

Kathy Ann Blair’s body was found in the early morning hours of January 25, 2013, by one of the teams doing the annual One Night Count of unsheltered homeless people.  The King County Medical Examiners later determined she died of hypothermia.  Kathy’s Leaf was placed at the Seattle Justice Center on September 11, 2013.  If you have photos or memories of Kathy, please post a comment.