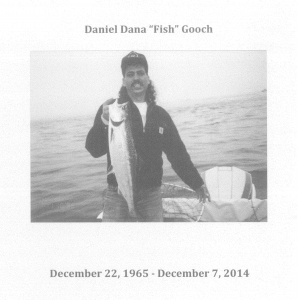 Daniel “Dana” “Fish” Gooch was a fisherman at St Jude Alaska who studied and later became an AMSEA drill inspector.  He always drew a fishing line in his written letter sign-off.

“Fish” died in a Lynnwood care facility on December 7, 2014. He had been a beloved member of the Ballard homeless community, described as “a real loving person, a likeable fellow.” He has a memorial page at American Memorials.

I pray that I may live to fish
Until my dying day.
And when it comes to my last cast,
I then most humbly pray: 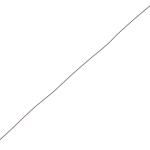 When in the Lord’s great landing net
And peacefully asleep
That in His mercy I be judged
Big enough to keep.