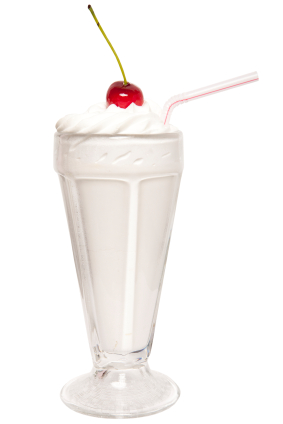 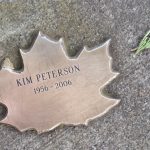 Just after Kim Peterson took her last breath, her mother turned to Pastor Pat Simpson of Church of Mary Magdalene and said, “She’s probably up there right now messing in all God’s business.”

Kim was always messing in God’s business. She didn’t know the meaning of the words, “Leave well enough alone.” If there was even a minor injustice, Kim would speak up about it. If there was a glimmer of gossip, Kim would know about it, and would share it wherever she went.

She was a fighter, until the end. She faced unimaginable and terrifying hardships–the murder of her daughters, an unexplained and brutal hacksaw attack at Angeline’s that left her arm unusable for several months, and finally, a short battle with an aggressive and pervasive form of cancer. If any of the rest of us had been given so many trials, we would’ve been in a mental institution, said Mrs. Baldwin, Kim’s second Godmother, at an April 20th Memorial Service.

Even so, Kim never lost a sense of pleasure in the simple things–Pepsi, burgers, fried chicken, trashy movies; never lost the generosity to share those pleasures with others.

Most surprising, she had the power to bring community to places where it wasn’t expected, and where it had never existed before.

Her Memorial Service was a living testament to that gift of community-building. Twelve family members, dressed to the nines, sat on mismatched chairs in the front of a room filled with Kim’s friends and acquaintances. Black, White, Asian, Native American–a rainbow of family and community members stood and testified about Kim’s influence on our lives.

For me, the best object lesson in Kim’s influence is the story of Lakeview Shelter, and two green-as-grass volunteers who came to help. In the mid-’90s, when Marty Hartman and Vicki Gruger started volunteering with SHARE’s self-managed women’s shelter at Lakeview Free Methodist, they said to themselves, “Well, we’re here to help these ladies.” But, as they said at the Memorial Service, they had a lot to learn.

Kim, who was a fixture at Lakeview Shelter in those days, took one look at them and said, probably out loud (she had absolutely no internal censor), “Who are these White women from the suburbs?” She then took them under her wing, and, as they said, sobbing, at her Memorial Service, “She changed our lives!”

How could it be that these two White women from the suburbs would grow to love and share so deeply that they would become best friends–true best friends–with a Black woman from the Central Area who was homeless off and on for more than a decade?

How could it be that even in her final physical struggles, Kim would have to get on the phone to her best friends, Marty and Vicki, who would come to visit at all hours with presents and vanilla milkshakes?

How did it happen that Vicki would faithfully take Kim’s mom for groceries and to run errands at least once a week, every week, for years?

God knows, this kind of bloodlike connection across race and class shouldn’t take us by surprise, but in the prevailing culture it is surprising. Kim made it happen, with the mysterious alchemy of her gifts and demands. Kim made it happen, by messing in God’s business.

My god, how we will miss her.

She is survived by her son, Mac, by her mother, Delores (who asks for our prayers during this difficult time), by two Godmothers and a host of other extended family members, friends, and other beneficiaries of her boundless generosity.