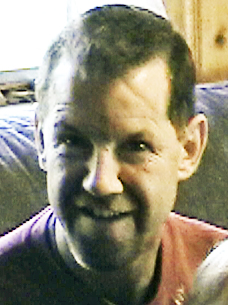 Kenneth Richard Gerard Gilfeather, aka “Gil” or “Gilly” was born on December 14, 1959 in Utica, New York. Gil passed away on March 23, 2013 in Seattle, where he had lived for 15 years. Gil is survived by a daughter, Kaitlyn Michelle and a son, Devon Patrick. He also leaves behind 3 brothers, 4 sisters, 10 nieces and nephews.

Friends describe Gil fondly. “Gil was a friend just by the glance… No matter what time of day, Gil was always warm and welcoming.” “He should have been the Mayor of Ballard, instead Gilly was the Mayor of  Friendship.” “He was always so friendly. The guy had so many different hats, and clothes period. He loved hats! I loved how he would say, ‘It’s so good to see ya,’ right before he’d say ‘Save me a puff.’ He did a lot around the community, and he’ll be missed by his friends. I loved that man… God bless him.” Gil was also described as a great human being, a gentleman who was always full of peace and a good friend.

Gil loved the outdoors and liked to spend time hiking, camping, and fishing. He was a man of many talents and worked as a cook, groundsman, “cave diver”, carpenter, and painter. He helped paint Safeco Field, and later worked there. Gil was a vendor with the Real Change Newspaper. He volunteered at meal programs and several community outreach agencies. He is remembered for his infectious laugh and cheerful attitude.

Kenneth’s Leaf is placed by Ballard Commons Park.  If you have photos or memories of Kenneth, please leave a comment.