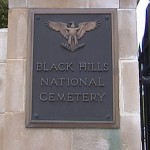 Cecil “Marty” White Face, passed away on October 17, 2012 age 50. Cecil was from the Oglala Sioux Nation, born in the Porcupine Community of the Pine Ridge Reservation in South Dakota and had 3 brothers, 6 sisters.  Cecil had a great career in the Army, he served two consecutive terms. His cousin fondly remembers him telling stories about when he was watching a post in Germany and says about him, “you gotta love a man who won’t leave his post”. He was a loyal soldier who put his life before others. As his cousin described his diligence to try and find work, she said, “Cecil would walk from downtown to the Labor Ready Office on 15th Ave in Ballard and 85th, to get any work he could. He wasn’t ambitious nor greedy-he just wanted to pay his way. Always in a Levi Jean jacket, always with a smile, I’m gonna miss my “cuz” Cecil.” “I knew all of them-’Good people.’ They’re all with God now, I’d like to believe. When my time comes, I hope to see them all!”