Lifelong Seattle resident, proud uncle, believer, Patches Pal, wanderlust spirit, kind and caring heart, baseball enthusiast, and friend to many. Survived by his mom, Virginia of Seattle and the sisters he adored, Andrea (Jim) of Seattle and Dana (Ted) of Camano Island. His nephews Edward Ryan, Liam, Dylan, Luka and niece Ashlyn also survive. Phil will also be missed by his beloved Jen and her son Tyler as well as cousins, aunts, an uncle and brother-in-law. Predeceased by his sister, Leslie and his dad, Bob.

~ Originally published in the Seattle Times on June 16, 2013

Philip’s Leaf is placed by Ballard Commons Park.  If you have photos or memories of Philip, please leave a comment. 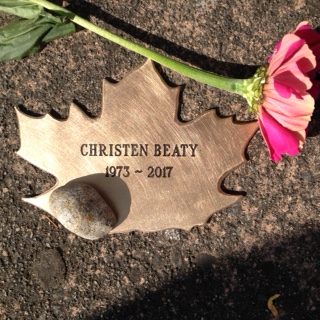