Corey died at Nyer Urness in August 2016. From JJ Wampach, clinic coordinator for Neighborcare’s Homeless Programs: “He was a kind, funny, gentle guy. He was a positive force in Nyer Urness and in our community. Whether he was telling you a joke or just asking to see how you were doing, Corey always knew how to brighten the day of those around him.”

Corey’s Leaf is placed at Ballard Commons Park. If you have photos or memories of Corey, please post a comment. 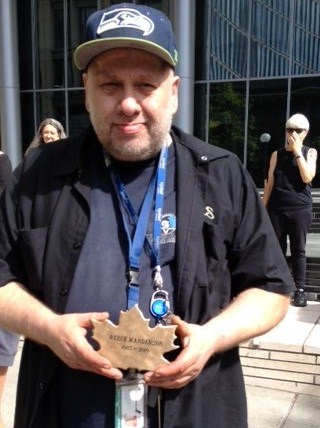